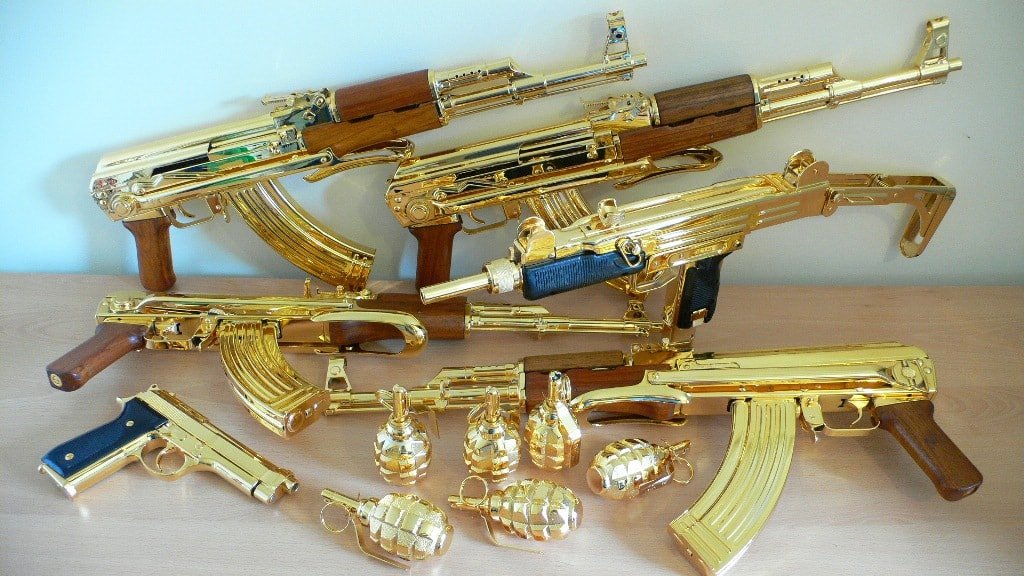 Recently we gold plated a batch of deactivated firearms for a collector in London consisting of four AK-47s, one Uzi sub machine gun, one Beretta handgun and six hand grenades.

The AK-47 (or Avtomat Kalashnikova) is a gas operated 7.62mm assault rifle, first developed in the Soviet Union by Mikhail Kalashnikov in the early 1940s. An early development of the design was the AKS-47 (S—Skladnoy or ‘folding’), which was equipped with an underfolding metal shoulder stock, as can be seen here in the first photo below. This was very useful in confined spaces.

Being well known for its reliability it is gas operated, using the gas from the barrel to push the piston attached to the bolt carrier to operate the action. The gas tube is fairly large and visible in the first picture below just above the barrel. The vents, seen more clearly in the gold plated portion of the gas tube, are there to allow the excess gas to escape without affecting the action. The AK-47 is built with generous clearances, allowing it to function easily in dirty environments needing virtually no maintenance. It is very simple to disassemble and clean, and easily maintainable.

The AK-47 was one of the first true assault rifles, in fact more of a machine gun than a rifle. Even after six decades, due to its outstanding durability, ultra low production cost and ease of use in the field, it’s still the most widely used and popular assault rifle in the world. It has seen service with armed forces the world over as well as irregular, revolutionary and terrorist groups worldwide.

Prior to gold plating , these had to be stripped, degreased and polished. This process took many hours to complete – including 5 hours of polishing per rifle before the gold plating process could even be started. As can be seen in the photo above, the end product is a set of stunning 24 carat gold plated, mirror finish, firearms making a superb display/collectors piece.

For more photos from this project please see our gallery page. 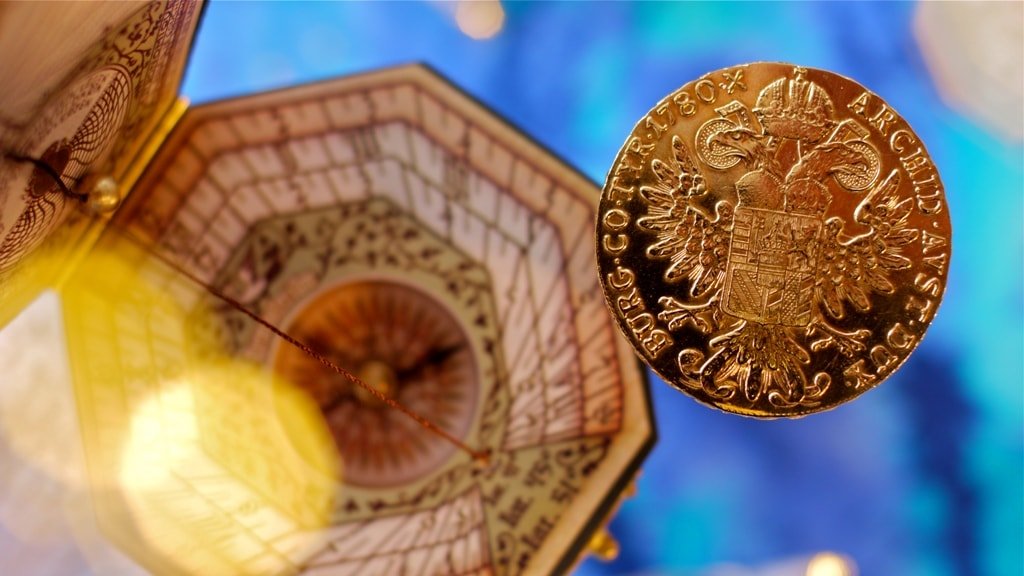